Repeated government audits and inquiries had found almost all regulated entities were consistently failing in their obligations to protect high risk and high value information. The Castlepoint founders recognised these organisations had a strong appetite for governance, risk, and compliance, but were limited by ineffective technology solutions. The available software for records, security, and discovery caused high impacts on users, systems, data, and governance teams and created more problems that they solved.

Our founders recognised a new way to manage information was needed. They knew they had to find a way to make every bit of information in every system discoverable, auditable, and compliant, all through one interface.

The Castlepoint solution was designed by experts in the field to meet over 900 requirements from laws and Standards and is always adding more. It was built with new AI technology, and architected to be simple, scalable, and secure. It was the first true manage-in-place solution using AI and was the start of a revolution in how information is managed. The Castlepoint solution was rapidly adopted by Federal government departments in Australia within weeks of its release and continues to be preferred by organisations with a need to know their own data and manage their own risks.

Our solution was originally built to provide evidence for consulting projects, but the technology worked so well that the co-founders focused on commercialising the product and created Castlepoint, and now has 30 staff and global ambitions.

Since first release of the software in 2018, Castlepoint has been adopted widely across government and commercial entities, and has clients in Canberra, New South Wales, Queensland, Victoria, Northern Territory, Tasmania, and New Zealand, among other engagements. The reason Castlepoint is being embraced by government and regulated entities is because it’s the first time they have had command and control over all their information – and without any impacts at all on users, systems, or source data.

Castlepoint CEO Rachael Greaves, herself an auditor and records manager, puts down the speed of the company’s growth to the new paradigm they have developed, as well as the cutting-edge technology:

“It’s not well understood that information management can be a matter of literally life or death,” she said. “Failure to manage information properly has led to completely preventable catastrophes; not just breaches of information security like Office of Personal Management in the US, which has undermined national security for two generations, but also lapses in information retention, quality, and access. Vivian Solon, an extremely vulnerable Australian citizen, was deported because her records couldn’t be found. Paul Maguire was killed in the Grasstree mine because records weren’t maintained.”

“We are finally able to catch up with the exponential growth in data and get ahead of it again and doing that can save lives and livelihoods,” she said. “The traditional models for managing information do not work well anymore. And Australia is an excellent proving ground for RegTech and deep tech more broadly, as our government has a strong appetite for innovation and regulatory disruption.” 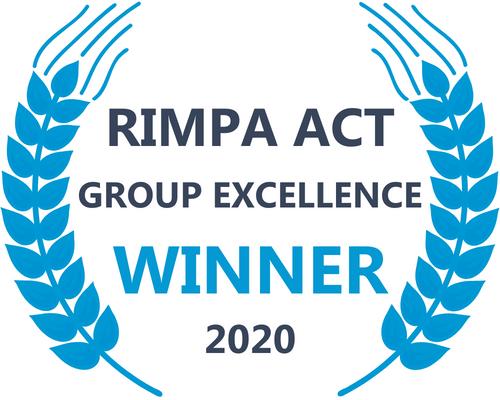 Interested in working with us? Find out more about joining the Castlepoint Systems team.

Register your details for a demo of Castlepoint